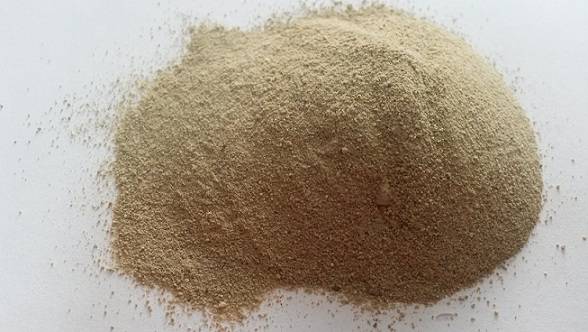 There are several methods of regeneration (restoration) of used and contaminated transformer insulating oil.  Some of the methods include:  oil purification with zeolites cleaned in a filter press, cleaning and drying in a centrifuge, vacuum drying, and the adsorption process. The “Adsorption Method” is the most effective and least complicated way of purifying and regenerating transformer insulating oil.  The essence of the process is the passage of oil through one layer of sorbent that retains moisture and harmful particles in just one treatment cycle. The adsorbent method uses adsorbent materials that have a high level of filtration performance and are capable of holding molecules of several different substances. The “Fuller’s Earth” adsorbent material is a very common kind of clay that has the ability to remove harmful contaminants from vegetable or mineral oils and fats.  The Fuller’s Earth adsorbent material has been accepted as the highest standard of filtering quality when using technologies designed for the recovery and purification of industrial oils. The active components of Fuller’s Earth are widely used in petrochemical industries worldwide.  Additionally, Fuller’s Earth is quite successfully used in the construction and pharmaceutical industries as well thanks to the specific properties that enable the sorbent materials to adsorb and remove a wide range of unwanted fluids and contaminants. In past centuries, the use of Fuller’s Earth was very different from the modern day usage of this unique and versatile material.  The initial application of Fuller’s Earth, for the extraction of oil and other fatty impurities from wool fabrics in the finishing process, gave Fuller’s Earth its modern name.  It also applies to the clay that can absorb harmful particles that serve as an antiseptic or bleach the fabric. Fuller’s Earth was used for the first time in the United States for purification of vegetable oils in starting in 1878.  In modern day industry, Fuller’s Earth continues to be used to purify new transformer oil before being placed into service.  The Fuller’s Earth adsorbents can remove moisture, gases and other noxious particles from the insulating oils.   Using a Fuller’s Earth regeneration process is a perfect filtering medium for restoring the performance characteristics and properties of used and contaminated transformer insulating oils. Not only do unwanted gases and moisture accumulate inside transformer oil, but so does insoluble particulate matter.  During the course of its operations, the electric power transformer will be subjected to the influences of high and low temperature extremes, unclean air, and water from the outside environment.  The exposure to these harsh environmental conditions promote the formation of sediments and sludge. Microparticles that provoke and facilitate the oxidation process of oils become aggressive and dangerous for the transformer’s solid cellulose insulation.  These unwanted contaminants can freely pass through the various filters and attach themselves inside the solid insulation eventually destroying the very heart of the transformer. The use of adsorbents, and in particular Fuller’s Earth, make it possible to prevent these harmful and unwanted contaminants from causing damage to the transformer’s solid insulation.  The GlobeCore Process, utilizing Fuller’s Earth, will completely stop the solid insulation degradation process, and if initiated early enough in your preventive maintenance program, will prevent it all together. Thanks to sufficiently large surface pores found in Fuller’s Earth adsorbents, the Fuller’s Earth is fully capable of holding sulfonates, resins and asphaltenes with a high molecular weight. Oil regeneration, using Fuller’s Earth, is a process is that removes the contaminated oil directly from the transformer.  It is fed to the regeneration unit for cleaning, processing and complete regeneration.  At the completion of the process, the oil is restored to new like condition. The color of the oil itself is not the only defining characteristic of transformer insulating oil. It does however, work as an indicator of adverse or good changes in the oil. For example, if the color of the transformer oil has changed from yellow to orange or red, it indicates the oil is contaminated and might have a dangerous acid number.  A dangerous, high acid number means that the solid insulation could be damaged and  suffer a catastrophic failure. A dark color can also indicate sludge that is formed as the oil slowly oxidizes due to water and other harmful contaminants increasing in volume in the unclean oil.  Once the contaminants become dissolved in the oil during the oxidation process, the oil’s color gradually changes to red.  The sludge deposits continue to oxidize and gradually harden and begin blocking the vents and insulating materials. Before your transformer insulating oils become darkened, filled with sludge, and and harmful contaminants, is the time to clean the oils with a modern and efficient Fuller’s Earth oil processing system.  For complete purification and regeneration of your transformer insulating oils, the GlobeCore Process offers the most modern, efficient, and cost cost effective way of extending the service life of your electric power transformers. It’s time to get with the Process.  The GlobeCore Process!