Notice: wpdb::escape is deprecated since version 3.6.0! Use wpdb::prepare() or esc_sql() instead. in /home2/globecor/public_html/wp-includes/functions.php on line 4655

Notice: Use of undefined constant ICL_LANGUAGE_CODE - assumed 'ICL_LANGUAGE_CODE' in /home2/globecor/public_html/wp-content/themes/globecore2017/functions.php on line 704 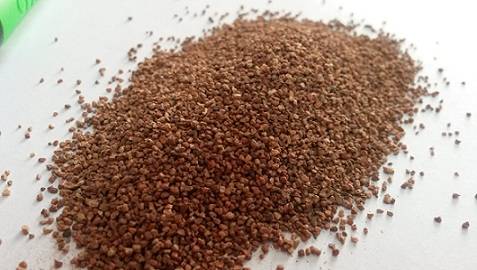 Fuller’s Earth is a clay like substance found all over the world.  Historically, Fuller’s earth was first applied to treat cloth therefore, it may also be called a “smectis” whcih has also been called “soap rock.”  Practical use of this substance prevailed up to the 1930-ies. In the first half of the 20th century, researchers focused on  improving the oil refining process.  An American scholar, David T. Day, was the first researcher to publish the fact that oil fractions, passing through Fuller’s Earth, are separated into parts that differ in color, viscosity, specific weight and other properties.  As a result of day’s findings, many scholars began to pay attention to this characteristic of Fuller’s earth.  For example, the researcher,  Kaufmann, filtered concentrated cylinder oil using Fuller’s Earth as an adsorbent.  He observed that the first portion of the product was characterized by lower density and viscosity, as well as a lower ASTM coke number. All subsequent factions had properties similar to the properties of the source raw material. In 1930, in France, the Houdry process that converted lignite into gasoline, was found to be inefficient.  The previous studies had shown however, that the process can be improved by using Fuller’s earth.  If  Fuller’s Earth is appled as an adsorbent, the characteristics of the oil product are changed due to the selective adsorption of nitrogen, nitrous and oxygen containing compounds and polycyclic aromatic hydrocarbons.  The developers and producers of oil processing equipment have taken this fact into account when designing modern oil processing machines. It should be noted that oil regeneration is a full restoration of the performance characteristics of oils which ordinarily are unfit for further use because of significant deterioration of their physical and chemical properties.  Oil can be processed either by percolation (granulated Fuller’s earth) or by contact treatment (fine-grained Fuller’s earth). GlobeCore has developed the CMM-R line of regeneration units that feature a modern and self cleaning Fuller’s Earth system.  A unique feature of this equipment is that Fuller’s Earth can be reactivated directly in the equipment.  First, it improves the regeneration process and reduces the scheduled and unscheduled downtime of the equipment.  Second, it allows for considerable cost saving since there is no need to buy new Fuller’s earth and dispose of the used Fuller’s earth during and after each processing job.

The use of GlobeCore CMM-R units restores the dielectric strength and chemical composition of dielectric transformer insulating oil.  When using the GlobeCore Process, considerable sums of money are saved and the reliability and efficiency of oil-filled equipment is increased. The GlobeCore Process regenerates oil with no discharge of oil from the transformer.  When connected, the CMM-R systems form a closed path where oil that needs restoration flows into the unit and the processed oil  flows back to the transformer in a continuous loop.  In this way, contaminants are washed out from the solid insulation. Additionally, oil may be regenerated on energized transformers allowing an uninterrupted supply of electricity to consumers.