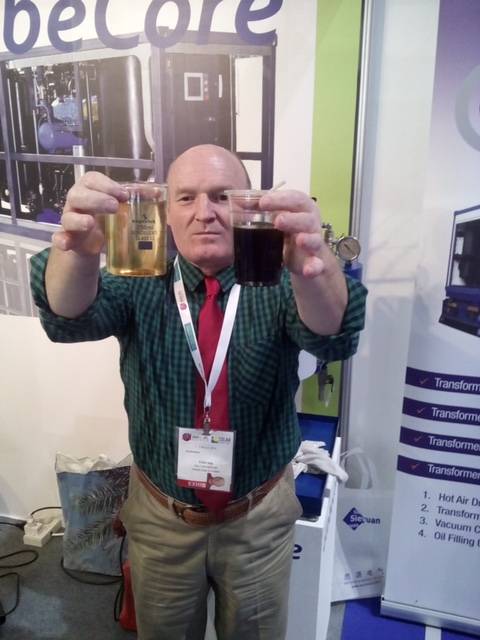 Over 1500 of international companies from 56 countries (total participant count was over 2000) gathered to present the newest development in electric power industry. The South African division of GlobeCore GmbH could not ignore such an event and participated with the demonstration of oil regeneration capabilities using a laboratory UVR unit. The participants of the event were impressed and satisfied with the result.

Middle East Electricity 2016 was combined with another event: Solar Middle East 2016. This event was devoted to solar power generation, a promising direction for the Middle East nations. Solar power plants have already been constructed in India, Morocco and Egypt. The possibility of expanding this experience to other countries was discussed.

On 2 March, the event was visited by Sheikh Mohammed bin Rashid Al Maktoum – the Vice-President and Prime Minister of the UAE. The esteemed guest expressed his satisfaction with the operation of the giant solar power plants built in Abu-Dhabi and Dubai in 2013. Also, the Sheikh expressed his wish to see solar power generation share expand worldwide.

The Middle East Electricity 2016 event has again demonstrated the potential of the world’s nations in power generation, environmental safety and preservation of the planet’s resources.