Rational Use of Spent Lube Oils 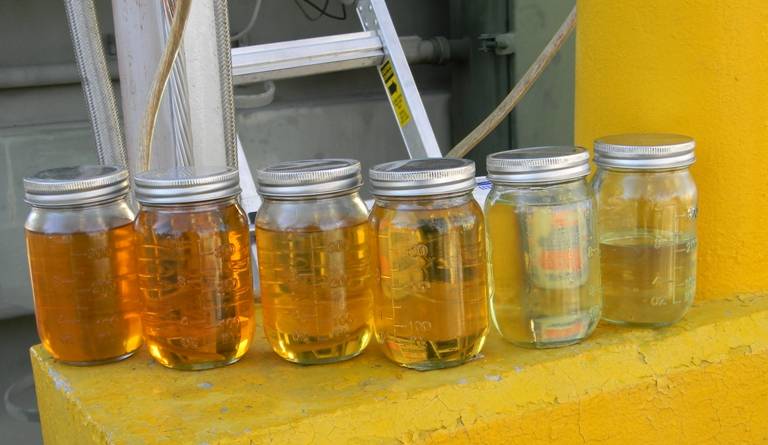 World oil reserves are constantly decreasing. Costs of oil production is increasing.  This makes the task of saving oil more pressing than ever.

Recycled  lube oil is considered the most valuable refined product and also one of the major potential for saving.

It has been estimated that 1,000 tons of crude oil can give up to 100 tons of lubricants. At the same time 1000 tons of used oils can give 600-800 tons of recycled products. But in many countries the oil recycling potential is not fully used.  Most of used oil is burned as a boiler fuel.  Thus it is not considered that oil, which has lost its performance characteristics, is a valuable raw material for new oil products.

The main reason for infrequent use of oil treatment technologies is a rare oil collection. At the same time, many countries, along with recycling, recover oil directly in the points of its consumption.  This approach extends the service life of oil. There is a noticeable economy of fresh oil. There is no mixing of different kinds of oil at the time of their collection, saving all ingredients for further operation.

GlobeCore manufactures high performance equipment both for the recovery of oil properties in the area of consumption, as well as for complete regeneration.

This website uses cookies to improve your experience while you navigate through the website. Out of these, the cookies that are categorized as necessary are stored on your browser as they are essential for the working of basic functionalities of the website. We also use third-party cookies that help us analyze and understand how you use this website. These cookies will be stored in your browser only with your consent. You also have the option to opt-out of these cookies. But opting out of some of these cookies may affect your browsing experience.
Necessary Always Enabled
Necessary cookies are absolutely essential for the website to function properly. This category only includes cookies that ensures basic functionalities and security features of the website. These cookies do not store any personal information.
Non-necessary
Any cookies that may not be particularly necessary for the website to function and is used specifically to collect user personal data via analytics, ads, other embedded contents are termed as non-necessary cookies. It is mandatory to procure user consent prior to running these cookies on your website.
SAVE & ACCEPT