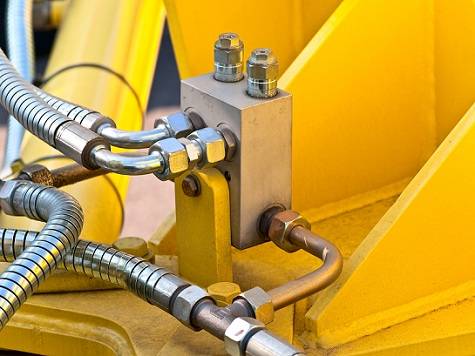 In industrial oil sales, it is important to understand what the client is looking for. Every type of oil has its own parameters, but there are several universal quality indications that allow buyers to easily choose the right industrial oil for his or her application. Oxidation stability. This is one of the most important operational parameters of industrial oil.  It is this charactristic that shows the stability of the various sorts of oils when exposed to oxygen in the air.  All oils will react with air and oxidize at high temperatures.  If the oxidation stability of the oil is not sufficient, it will oxidize  more quickly forming soluble and insoluble products such as asphaltenes, organic acids, and tars. This process results in the formation of sludge, reduced circulation and the formation of aggressive contaminants evetually causing corrosion to the metal surfaces of the equipment.  The service life cycle of industrial oil is greatly reduced due to oxidation along with its ability to suspend water and solved air. There are many factors influencing oxidation such as temperature, water content, organic acids, metal particles due to equipment wear and other unwanted contaminants. Industrial oils with good chemical stability continue to show high performance at high temperatures.  Such oils are usually produced by thorough purification and mixing with high quality anti-oxidation additives.  The oxidation stability of the oil is especially important to a client who uses the oil in friction parts and in machines operating in high temperatures and with intensive circulation and mixing operations. The ultimate goal of the GlobeCore Oil Purification and Regeneration Processes is to extend the service life of the industrial oils and the industrial equipment. Anti-corrosion. This is the ability of the industrial oil to prevent the aggressive influence of organic acids and other substances on the metal parts of the machinery.  Ferrous metals are subject to corrosion in the presence of water and moisture, while non-ferrous metals and alloys are corroded by organic acids formed in the oil by oxidation. Water and particulate matter may increase aggressiveness of organic acids.  Solid particles, formed by oxidation, are also undesirable since they cause increased wear in friction parts.  It should also be noted that corrosion is intensified in higher temperature extremes. To increase the protective qualities of industrial oil, they are mixed with corrosion inhibitors that prevent direct contact of metal surfaces in the equipment with organic acids and moisture. Lubrication. This is the ability of the industrial oil to improve operation of friction parts by reducing wear and friction.  The lubricating quality of industrial oil shows the ability of the oil to prevent removal of any metal from the surfaces that come in contact with other metal surfaces. To prevent wear and jamming, oil is mixed with special additives that facilitate formation of a protective film on friction surfaces at certain temperatures. There are however, cases that not even protective films can protect.  For instance, in certain designs of vane pumps, at high rotation speeds, loads and local temperatures the conditions facilitate breaking of the protective films causing catastrophic wear. If the oil contains “E.P. additives,” it should be noted that the additive is corrosive to copper or copper alloy parts.  This fact must be cleared with a customer if any part of the pump or other parts of the machine is made of bronze.  In that case, you must use oil with anti-oxidation and anti-corrosion, or anti-wear additives that have no effect on copper alloys. Anti-friction. These qualities of industrial oils are not regulated, but allow the buyer to come to conclusions about their lubrication properties. Anti-foaming. This is the ability of the oil to emit air or other gases without forming foam.  Formation of foam causes oil losses, reduces its compression as well as its lubrication and cooling properties.  Since Industrial oil tends to oxidize faster than other types of oil, it is important for industrial oil for hydraulic systems and lubrication of high-speed mechanisms to contain anti-foaming additives that break foam bubbles and prevent foaming. De-emulsification.  This is the ability of industrial oil to quickly separate from water.  If this property is insufficient, the oil will form unstable water-oil emulsion decreasing viscosity, increase friction, increase corrosion and incease the pour point.